Atlas Champion a good cause

This month Atlas Security were asked to deliver a presentation on the Security Industry to a group of young people seeking work opportunities. This event was delivered by us as part of our company commitment to be involved in the local community.

The event was organised by TKO-consulting who arrange Social Inclusion projects that have helped improve the lives of thousands across the world. These events have helped by moving the long-term unemployed into work, supporting the homeless or vulnerably housed, those with mental and physical health issues, as well as helping adults with addictions to drugs & alcohol.

The presentation took place at Venture Boxing Club in Birkenhead and covered a range of security information including careers, SIA licencing, training and opportunities available. It was a most enjoyable afternoon with the entire group engaging with the Atlas staff.

We were honoured to take part in the event which was also attended by Natasha Jonas, an ex- Engl

ish amateur boxer from Liverpool who competed as a lightweight and represented Rotunda ABC & GB Boxing. Tasha was ranked #5 in the World rankings. Natasha Jonas became the first female British boxer to fight at the Olympic Games in 2012, and by Olivier Bernard,  e

Our Managing Director was very pleased to be meeting up with Olivier Bernard.

JPK managed to keep him talking about Everton Football Club , Goodison Park, & Ronald Koeman for quite some time! 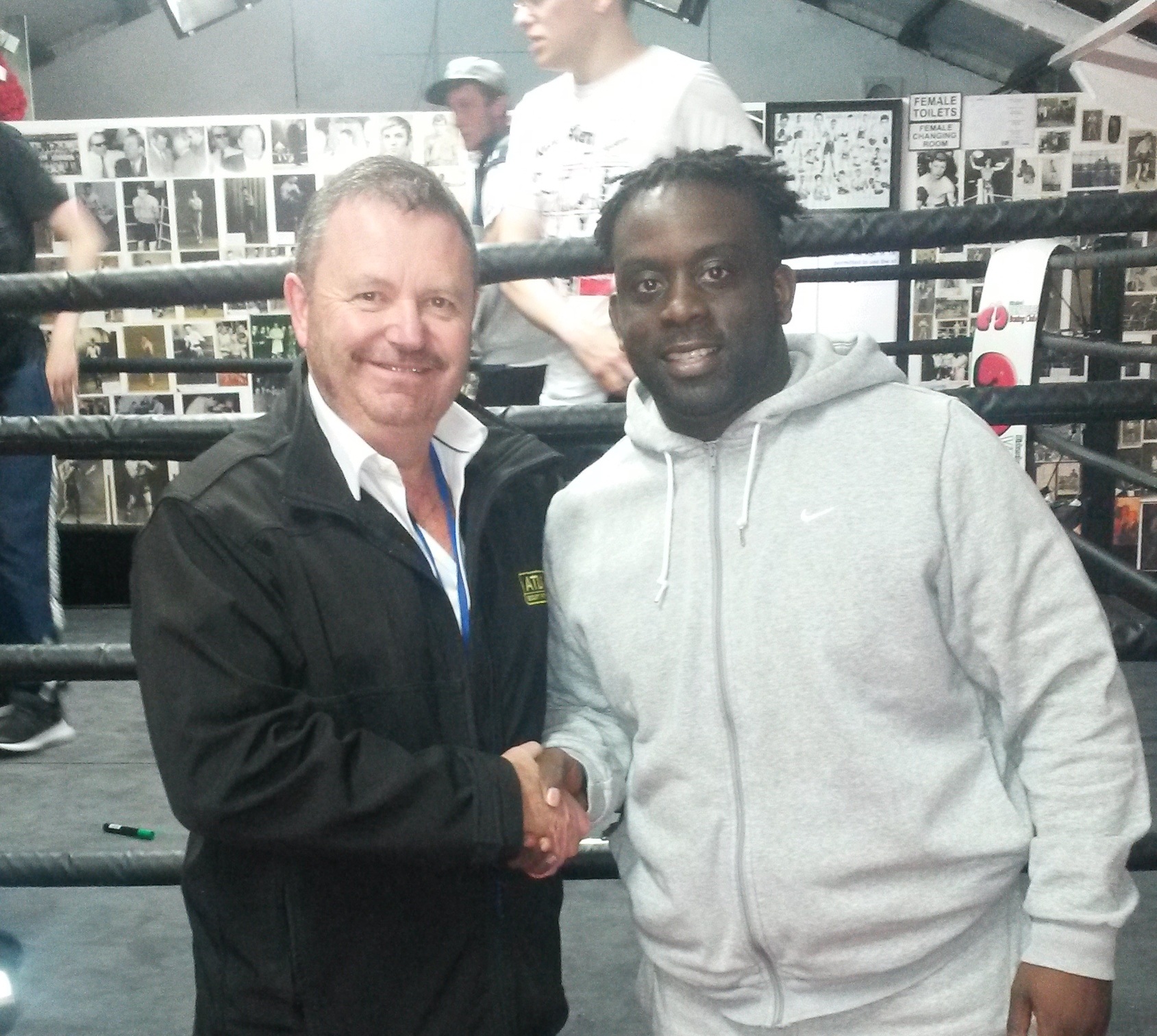 The Living Wage Foundation is an independent movement of businesses, organisations and people who believe a fair day’s work deserves a fair day’s pay.

CHAS is established as the market leader for health and safety pre-qualification in the UK.

We only use cookies which are essential for the operation of this site and do not collect any personal data through them. Read our privacy notice and about how we use cookies by clicking "Privacy Preferences".